HISTORIC BORDEN CREAMERY 815 E Ashby PL San Antonio, TX 78212 UNITED STATES
Join ULI San Antonio for coffee, tacos and an early morning sneak peek at plans for The Creamery, located at 815 E. Ashby St. on the San Antonio River.
Local developers Embrey Partners and Area Real Estate plan to transform the site of a former creamery and a self-storage facility into a $100 million mixed-use development. Area Real Estate, led by local developer David Adelman, will redevelop the former dairy plant built in 1929 into a 60,000 square-foot office and retail space. In July, Embrey Partners, led by Jimmy McCloskey, will begin construction of a 338-unit, six-story apartment complex with design features that incorporate the Borden building’s art deco architecture. Estimated completion is July, 2023.
The mixed-use plan also includes San Antonio River improvements and promotion of walkable neighborhoods with sidewalks and an elevated pedestrian bridge that connects the Tobin Hill community to the river and the Brackenridge Park Trail. The developers have worked collaboratively with Bexar County and the City of San Antonio, the Tobin Hill Neighborhood Association and the San Antonio River Authority to ensure a careful design that thoughtfully integrates our apartment community into the context of the surrounding community.
SPEAKERS 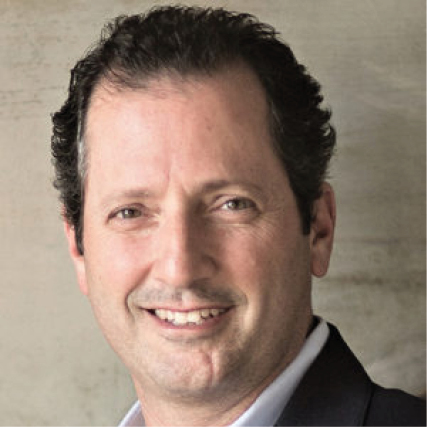 David Adelman
Founder / Principal
AREA Real Estate
David Adelman oversees development and asset management for a portfolio of mixed-use, industrial and office properties. He is also involved with other investment ventures, including a variety of private equity investments. While having a strong emphasis on mixed-use housing, industrial properties and office buildings, his experience is broad-based, including land, traditional multi-family and retail deals.
A native of San Antonio, Mr. Adelman is known for his vast knowledge of the city and for his ability to close even the most complicated deals.  Having purchased his first rental property while in high school, David officially began his real estate career in Austin, Texas in 1989 while attending The University of Texas and continues to be a devout Longhorn fan.  He has been married to wife, Sharon, since 1995 and has two daughters, Katherine and Ally.
A native of San Antonio, Mr. Adelman is involved in numerous community-related activities. David is a Founding member and Past-Chair of the local chapter of the Urban Land Institute (ULI San Antonio) and currently the Vice Chair of Centro San Antonio. He has a strong interest in public education and formerly served as the Vice Chair of the Citizens Oversight Committee for the $515M SAISD Bond Program. Additionally, David has significant involvement with KIPP San Antonio and served as Co-Chair of the Facilities Committee. He is a
Past-President for Temple Beth El Board of Trustees and is an active member of the Temple Beth El Brotherhood 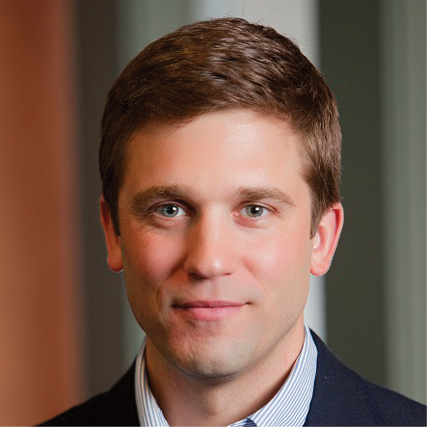 Jimmy McCloskey
Executive Vice President of Development
Embrey Partners
As Executive Vice President for Development at Embrey, Jimmy leads the sourcing and execution of new developments. His responsibility includes leading projects through entitlements and design and working with his team to ensure that the outcome meets the highest standards.  His portfolio includes more than $1.5 billion in developed deals, comprising more than 5,500 units.
Building communities where people want to live is a strong foundational value that has always defined Jimmy’s approach to his development work. He embraces the philosophy of responsible land use in creating and sustaining thriving communities. Jimmy is active in several industry organizations including The Real Estate Council of San Antonio’s Executive Committee.
Jimmy began his career with Chappell Hill Investment group, a boutique Multifamily real estate firm. Before joining Embrey in 2012, he served as Senior Project Manager with Marriott International and as Project Manager with Colonial Properties Trust. He holds a Masters in Real Estate Development from Johns Hopkins University and earned his bachelor’s degree in construction management from Utah Valley University.
PLEASE NOTE: This indoor/outdoor in-person gathering will be limited to the first 50 registrants and all safety precautions will be followed. Note you are attending at your own risk and your registration reflects acceptance of the waiver and release terms below.
Waiver and Release: I understand that my participation in the Event involves a certain degree of risk of loss, harm or injury to my person or property, including, but not limited to, harm from contracting COVID-19 or other viruses, acts of God, theft, fire or accident. I also understand that participation in this Event is entirely voluntary and requires attendees to abide by any applicable rules of conduct or local or state laws that may be announced at any time during the Event, which may include wearing personal protective gear and engaging in social distancing. While ULI is the sponsor of this Event and takes commercially reasonable steps to require the Event facility to maintain the venue in a safe and healthy condition, I understand and acknowledge that ULI has no direct control over and is not responsible for the acts or omissions of the facility or others involved in producing this event. I have carefully considered the risk involved and waive and release ULI and all its officers, directors, employees, staff, volunteers, faculty and affiliates from any and all claims, damages, injuries, or expenses that I may incur from my participation in this Event.

ULI brings together 8 district councils from all across the South/Southwestern region of the United States to explore how extreme heat is impacting the real estate industry, from land use patterns to building design and operating costs.

ULI San Francisco: The Color of Law - In Conversation with Richard Rothstein