Tobin Center for the Performing Arts 100 Auditorium Cir San Antonio, TX 78205-1310 UNITED STATES
Orchestra Level seating (includes box lunch)
Members: $50   Non-Members: $60
Grand Tier Level seating (no lunch included)
Members: $10   Non-Members: $30
Register Yourself Register Two or More
View Event Attendees
You're invited to attend ULI San Antonio's next Leadership Luncheon, live and in-person (and socially-distanced) at the Tobin Center on March 17th. Our featured speakers are David Robinson Sr. and David Robinson, Jr. talking about The Fundamentals of Community Transformation Through Local Investment.
NOTE: This is a hybrid In Person and Live Feed Event.
TO REGISTER FOR THE IN PERSON EVENT - USE THE REGISTRATION LINK ABOVE.
Floor Seating - Free for Annual Sponsors
Orchestra-level Seating with Box Lunch - $50 for Members / $60 for Non-Members
Grand Tier & Mezzanine-level Seating with NO lunch - $10 for Members / $30 for Non-Members

TO REGISTER FOR THE LIVE FEED ONLY, click HERE. (Members: FREE  Non-Members: $15) 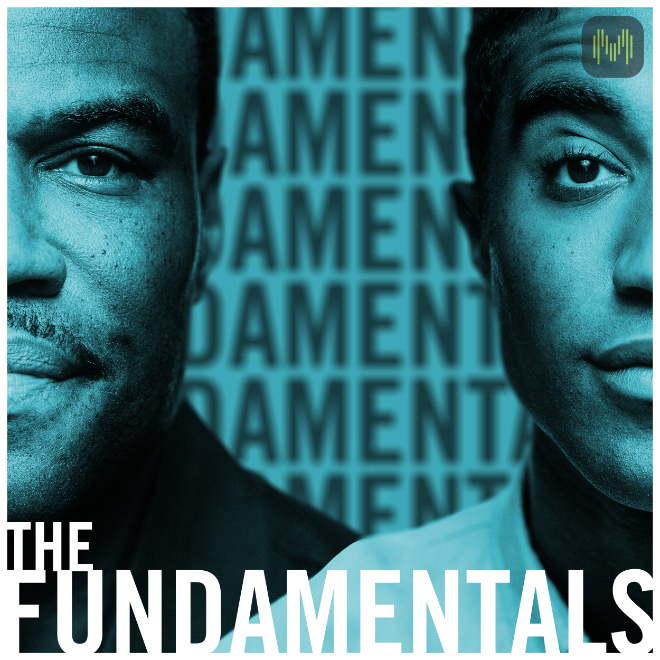 This ULI San Antonio Leadership Luncheon program format will follow this famous father and son's popular podcast, The Fundamentals with David Robinson(s) where the NBA Hall of Famer, Education Philanthropist, and Investor, David Robinson, shares stories and experiences from his life that led him to the creation of the IDEA Carver Academy, located on the Eastside of San Antonio, TX. Alongside his son, David Robinson Jr., the father and son duo breakdown the pillars in which the academy was built upon. These are The Fundamentals: Faith, Service, Leadership, Integrity, Discipline and Initiative. Expect to hear about lessons learned along the way and what they are both doing now to bring a balanced, multidisciplinary approach to investments and strategic partnerships, creating value and positive social impact. Find out why both David Sr. and Jr. decided to call San Antonio their forever home and what these awesome men foresee as our city's greatest challenges and opportunities.  This is one program you won't want to miss!

David Robinson, Sr.
NBA Hall of Famer and Co-Founder of Admiral Capital Group
David Robinson was named one of the 50 greatest players in NBA history and was a ten-time NBA All-Star. He led the San Antonio Spurs to 1999 and 2003 NBA Championship Titles, and during his time in the league he was named NBA Most Valuable Player (1994-95), NBA Defensive Player of the Year (1991-92), and NBA Rookie of the Year (1989-90). He is a two-time Olympic Gold Medalist and is the all-time leader in U.S. Olympic basketball history in career points, rebounds, and blocked shots. Robinson was inducted into the International Basketball Federation (FIBA) Hall of Fame in 2013.
In addition to his decorated career in the NBA, David and his wife Valerie created the David Robinson Foundation in November of 1992. David has raised close to $40 million for The Carver Academy (TCA), an independent school designed to serve pre-K through eighth-grade students in San Antonio, Texas. In 2012,TCA partnered with IDEA Public Schools as its first school in San Antonio, and the network has grown to 20 schools reach 10,000 students in San Antonio.
In 2007, David Robinson and Daniel Bassichis, formerly of Goldman Sachs, founded Admiral Capital Group. Built around Robinson’s long-standing values and integrity, the framework for Admiral’s sustainable business model brought together an interest in private equity and a desire to make a positive impact. Robinson and Bassichis have been working together since 2002 on philanthropic and investment activities, with Admiral currently having over $1 billion of assets under management — focused on value-add real estate acquired through discretionary vehicles in partnership with USAA and other institutional investors. Additionally, Admiral has invested in strategic private equity opportunities in the sports and hospitality industries, including partnerships with KKR and Kohlberg & Company.

David Robinson, Jr.
Director of Parks and Recreation
Weston Urban
David serves as Director of Parks and Recreation at Weston Urban, where he is focused on launching and programming Weston Urban’s new downtown park. He joins Weston Urban from Blueprint Local, a firm investing in real estate development to promote long-term, inclusive economic growth. Prior to Blueprint Local, David led Admiral Capital Group's efforts to make a strong social impact in the cities where the firm invests. David's focus was to expand Admiral’s platform to making direct impact investments as well as scaling the philanthropic work.
Before Admiral Capital Group, David spent three years working for sports and education technology startups in Austin and New York. David was born and raised in San Antonio, Texas and graduated from the University of Texas at Austin. He is currently pursuing a master's degree in Urban and Regional Planning at the University of Texas at San Antonio. David is also an active ULI San Antonio Young Leader member and is on the Placemaking Local Member Council.
-----------------------
TOBIN CENTER SAFETY PROTOCOLS
We are blessed in San Antonio to have a spacious, state-of-the art venue like the Tobin Center to host our newly configured hybrid live/virtual Leadership Luncheons. The Tobin Center operates following state gathering rules of 75% capacity. The attentive Tobin staff is taking precautions to make this a safe event for attendees, including the following:
1. All attendees will have their temperature taken upon entrance by a Tobin Center employee.
2. Masks will be required for everyone when not seated.
3. Hand sanitizer will be available in multiple locations.
4. We will distribute red, yellow and green wrist bands so attendees can easily signal their comfort level
5. Tables and theater seating will be socially distanced.
ULI San Antonio Event Waiver and Release:I understand that my participation in the Event involves a certain degree of risk of loss, harm or injury to my person or property, including, but not limited to, harm from contracting COVID-­­19 or other viruses, acts of God, theft, fire or accident. I also understand that participation in this Event is entirely voluntary and requires attendees to abide by any applicable rules of conduct or local or state laws that may be announced at any time during the Event, which may include wearing personal protective gear and engaging in social distancing. While ULI is the sponsor of this Event and takes commercially reasonable steps to require the Event facility to maintain the venue in a safe and healthy condition, I understand and acknowledge that ULI has no direct control over and is not responsible for the acts or omissions of the facility or others involved in producing this event. I have carefully considered the risk involved and by registering for this event, waive and release ULI and all its officers, directors, employees, staff, volunteers, faculty and affiliates from any and all claims, damages, injuries, or expenses that I may incur from my participation in this Event.

ULI/SA Young Leaders COFFEE TALK WITH DAVID ROBINSON, JR. (prior to the luncheon)